和気立 Wakidachi is the establishment (立) of an environment of social peace and harmony (和気). Saotome Sensei means this to apply not only within the dojo but within the world at large. It reflects the mission of aikido as expressed by the Founder, Ueshiba Morihei O-Sensei, to promote peace and harmony within the human family.

Wakidachi is also something of a play-on-words, since wakizashi (脇差) is the short-sword worn by the samurai in addition to the full-length katana. Unlike the katana, however, the wakizashi was not restricted to the samurai and was sometimes worn by farmers and other ordinary citizens. Intended purely as a weapon of self-defense, it was unprovocative and a symbol of the keeping of the peace, or wakidachi.

Many thanks to Steve Earle and Josh Drachman for their learned translation and insightful discussion of its significance for Saotome Sensei’s aikido! 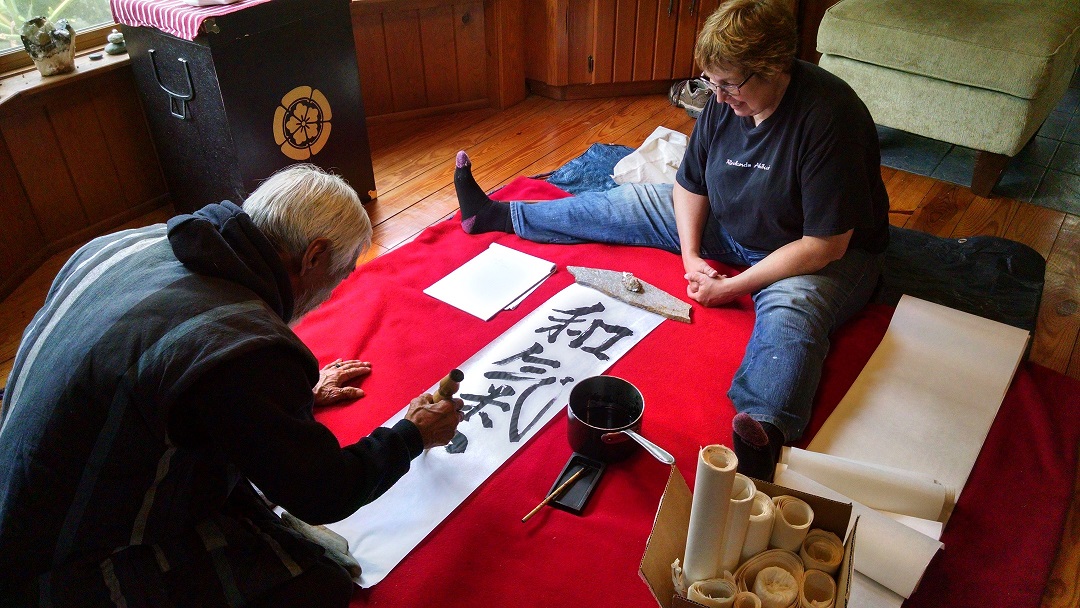